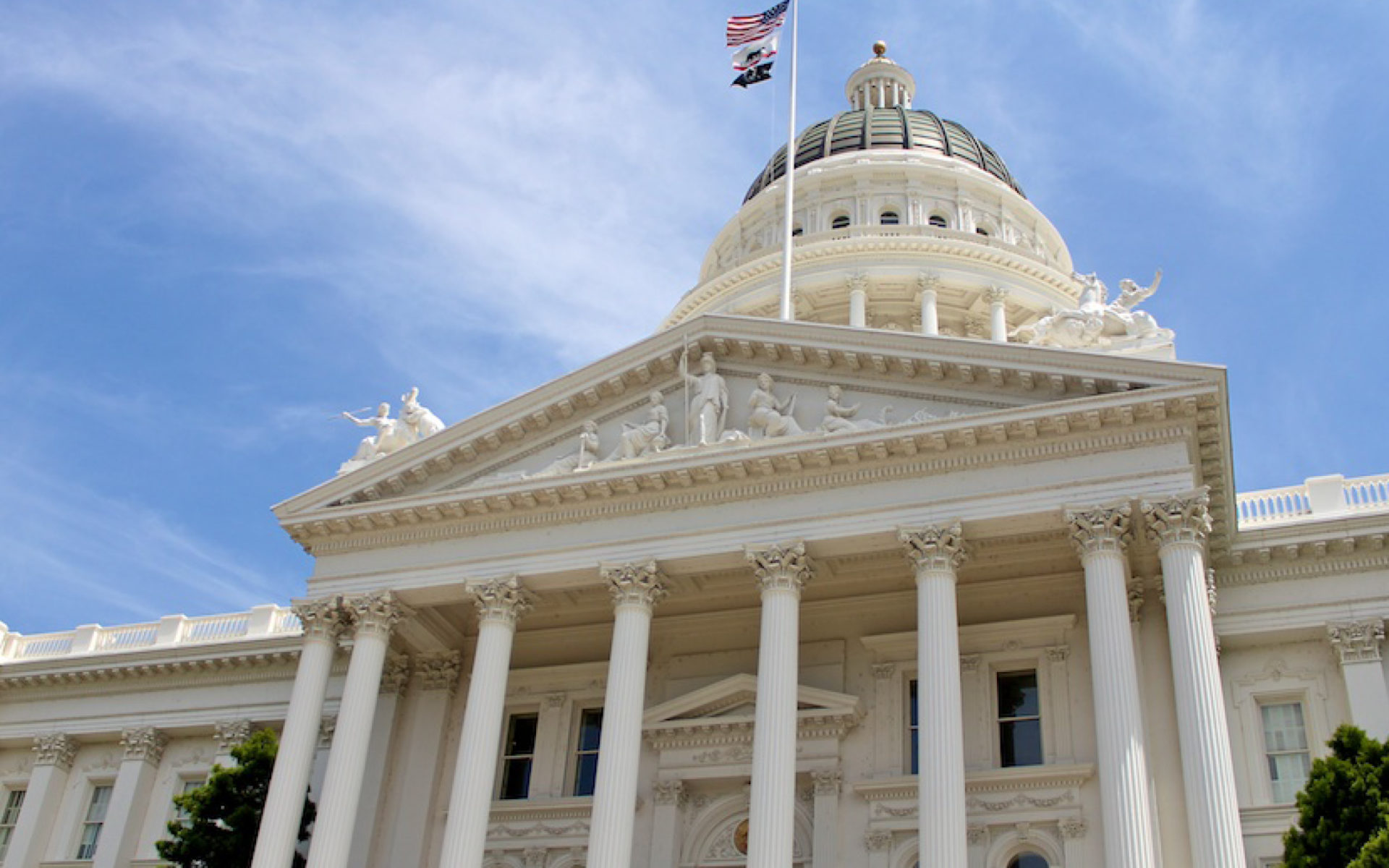 Golf was among the 1st activities restored to Southern Californians’ lives post lockdown, literally the very 1st in many counties.  That’s good.  Golf successfully prosecuted its case as an activity perfectly in sync with the social distancing and common touch point controls embedded in the strictest health orders.  The “recreational” component of it, that is; not the social or business components.  But that came at a price – not a price so much as a great deal of scrutiny that ended up in detailed appendices to extant orders that otherwise permitted only “essential services.”

Golf was permitted per very prescriptive protocols, making it necessary to keep amending them to keep their provisions consistent with other sectors as counties moved to add those sectors back to their residents’ lives.  We trust you see the problem.  Golf received careful attention when it was part of a very small class of permissions.  But once it had to begin competing with activities such as in-house dining and retail, it got lost among sectors of much greater size and complication.  Yet its rules were still governed by those original separate appendices.

Amendments of even the most common-sense nature were delayed almost to the point of absurdity.  Ventura County permitted in-house dining and in-store retail before it okayed single rider carts.  Tellingly, Ventura was the 1st of Southern California’s counties to reintroduce golf.  San Diego County followed a similar pattern with respect to private golf instruction, permitting that rather safe activity well after permitting activities of infinitely more problematic social distancing concerns.

We have ended up in many instances with rules that made perfect sense at the dawn of golf’s reintroduction but now cry out for amendment.  Example:  When Los Angeles County reintroduced golf, it quite properly and with the overwhelming support of the game prohibited walk-up or walk-on play; all play was to be by pre-paid reservation to limit “congregating” and “transacting.”  The nation’s most populous municipality is packed with the busiest public golf courses in the nation.  One-size-fits-all didn’t really fit all even at the dawn of reintroduction, but burdening policy makers with the detail necessary to draw such distinctions would have accomplished only one of two things, both of them harmful:  1) Delay in getting back out on the links, or 2) exhausting the patience of those policy makers to the point of rejecting golf’s hard won case for reintroduction.

But we’ve been back on those links for weeks now, and while it continues to make eminent sense at least for the time being to maintain reservation-only policies for LA County’s public access golf courses, it makes no sense whatsoever for private access golf clubs, where play is restricted to a small universe of members.  But securing that kind of common-sense amendment to the golf order gets lost as those same policy makers grapple with the protocols necessary to open bars, gyms and the region’s impactful entertainment industry.

They don’t get “lost” so much as they get either overlooked or delayed.  Suffice it to say that we continue to make our best effort to see that they get found and handled as quickly as possible.  With the state announcing that as early as June 12 many of the state’s counties are going to be permitted to reopen gyms, bars, some professional sports, schools and day camps, it may well come to pass that these highly prescriptive golf orders will fade into irrelevance, replaced by general orders consistent with the social distancing/common touch point requirements of whatever phase of the state’s 5-phase reopening process we find ourselves in.  That would solve a lot of problems.  But if such simplicity does not come to pass, we will continue to pursue common sense, responsible amendments.

Impactful wrinkle:  Friday’s announcement about envisaged relaxations as early as June 12 made clear that with respect to schools and day camps, this would be a statewide order not subject to local modification.  To the degree to which golf’s myriad junior golf camps and programs are functionally equivalent to the conditions that maintain at all “day camps,” this would seem to presage a restoration of the game’s important growth and development programs (e.g., PGA Junior League, SCGA Junior, 1st Tee, etc.).  Something to watch closely.

We would be remiss if we didn’t remind everyone that golf has impressed several Public Health Officers by the way in which golf facilities and golfers have respected their rules.  We know that some of you are skeptical about the utility and necessity of many of those rules.  We would not presume to persuade you otherwise.  But we would inform you that continuing to hew to those rules is key to keeping golf alive and well no matter what happens next.  A case won at the dawn of the pandemic can only be lost if golfers demonstrate the inability or unwillingness to stay this course.

A reader challenged the 20% + unemployment number we recently posited as the one to expect at the bottom of the recession we now find ourselves in – “challenged” with respect to our source for that conclusion.  We can share two sources.  Federal Reserve Chairman Jerome Powell, who has publicly stated his expectation that national unemployment would top out around 22% in May, and California’s non-partisan Legislative Analyst Office (LAO), which has informed the legislature and public to expect 20-25% at the height of California’s downturn, which the LAO anticipates coming a bit later in California than the nation.

Were they (and by implication we) right?  According to Friday’s unexpected employment report re May, maybe not; they (we) may have been way too pessimistic.  Instead of shedding more jobs, the American economy added some back in May.  Per a “corrected” report Saturday in which the Federal Bureau of Labor Statistics raised April’s unemployment number to 19.7% and adjusted its May number to roughly 16.3%, both of which were considerably higher that first reported, the bottom line remained the fact that the American economy added jobs back in May, albeit at 16.3%, unemployment remains a full 33% higher than the high point of the 2008-09 Great Recession.  California’s employment numbers have not yet been published but given that California’s rate was 0.8% higher than the nation in April, it is likely to be higher than 16.3%.

However, California’s residential real estate numbers have been published, and they demonstrate the same pattern.  April may have been the worst month for California’s housing market, down 31%, but in Los Angeles and Orange Counties pending sales jumped 67% over April, leaving pending sales 31% below the same period in 2019 to be sure but indicative of the same bottoming out seen in the employment numbers.

Does this presage the “V” shaped recovery that virtually all economists took off the table last month?  Given that the Dow and S & P skyrocketed Friday in response to the counterintuitive labor news, many investors must think so.  Of course, there is a reason we continue to recite Harry Truman’s famous quip about his need for a good one-armed economist; there is always that ubiquitous other hand when the subject is economics.  Whether right of center (Wall Street Journal) or left of political center (New York Times), the media accounts contain the same two hands.  On one hand, these May numbers are strong indicators that we may have already bottomed out.  On the other hand, the virus is still with us; key economic sectors won’t be restored for many months; there’s a looming second viral wave of unknowable severity; there’s $3 trillion of stimulus money propping up that 16.3% unemployment economy; state and local governments are going to be laying off public employees; folks remain reluctant to shop, travel or get on airplanes; a number of businesses and the jobs they supported are never coming back; and the consensus of the cognoscenti is that it will take at least 3-5 years to get back to where we were in February of this year.

In other words, uncertainty reigns.  And if there is one thing that economists with one or two arms agree upon it’s that uncertainty chills economies.

No “update” about the public policies affecting the game of golf at this moment can be considered complete without addressing the issue dominating the public squares of so many American cities and towns these past 2 weeks.  Much ink has been spilled and much rhetoric spewed on the subject, and we won’t add to it here.  We will simply share what we found from the golf community that struck us as a particularly eloquent combination of directness, simplicity, clarity, tone, humility, contrition, aspiration, and commitment on the subject – a “commitment” to demonstrating the “courage” to take “action” and be judged thereby.  It comes from the United States Golf Association (USGA):

The USGA is deeply saddened and disturbed by the tragic killing of George Floyd, and the racial and social injustice that continue to exist in our country. We will use our voice, our position and our actions to inspire change within our society.

While the game of golf is built on the values of fairness, integrity and respect toward all individuals, we recognize that our game’s history has not always represented the best of these ideals, and at times our own organization has fallen short. The USGA joins the call for open dialogue, understanding, unity, and the courage to envision and build a better world. We commit to being part of the solution moving forward.

Introspective words of substance that beg deeds to leave you with this evening.