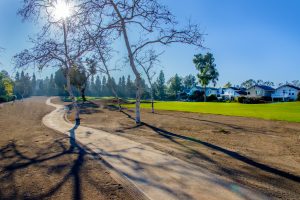 California water officials are considering tightening restrictions on outdoor watering, even as they hold out hope that a series of storms late this week will provide some relief for the drought-stricken state.

On Tuesday, the State Water Resources Control Board is scheduled to discuss whether to go beyond the current statewide prohibitions on hosing down driveways and overwatering lawns, and enact additional limits on outdoor water use such as regulating times for sprinklers. The board could also add new rules such as requiring households to be audited for leak detention.

A decision on whether to act — and how — isn’t expected until late February or March.

“Our goal isn’t to keep building a regulatory mousetrap,” said Felicia Marcus, chairwoman of the water board, adding that she would rather local agencies act on their own to reduce water use. “Our goal is to figure out how we can get more conservation.”

Much of California saw one its driest Januaries in decades. While December was wet, water experts have said the state needs at least 150 percent of average precipitation this rain season to begin climbing out of a three-year deficit — something that’s hard to get when a whole month passes with little rain.

San Francisco had no measurable rain the entire month, a first since record-keeping began in 1849. Making matters worse, Bay Area temperatures soared into the 70s over the weekend, setting heat records in many spots.

The dry spell could end with a bang, though. A large plume of tropical moisture is developing over the Pacific, which forecasters say could bring a series of storms to Northern California starting Thursday. It would be the first measurable rainfall in much of the Bay Area since Christmas Eve.

“There will be rain off and on through Monday,” said forecaster Jan Null of Golden Gate Weather Services. “This next week is much more encouraging than the last five.”

How much relief comes depends on where the Pacific storms make landfall, Null said. Points north of the Bay Area are likely to see the brunt of the system, with Santa Rosa forecast to receive at least 4 inches of rain through Monday. The San Francisco area could see 1 to 3 inches, depending on how far south the front tracks.

The same weather pattern, known as an atmospheric river — essentially a narrow band of moisture in the sky that delivers rain — brought heavy downpours to much of the state in early December.

If the storm holds off until Thursday, as forecasters expect, San Francisco will have gone 42 days without rain — tying the second-longest wintertime dry streak in recorded history, Null said. The city saw 42 back-to-back rainless days in the winter of 1976, another drought year.

This week’s storms, like the ones in December, are expected to bring rain but not significant snow.

“It’s going to be relatively warm,” said Matt Mehle, a meteorologist with the National Weather Service.

Snow levels in the Sierra are forecast to be 8,000 feet and higher. Higher-than-average temperatures this year — and the past few — have diminished the state’s snowpack, which is vital for filling California’s biggest drinking-water reservoirs.

Snowpack statewide Monday was just 22 percent of the average for this time of year.